Apple releases its latest IOS-14 model: Learn what is new in it

Posted on Oct 9, 2020 | Posted in News | 0 comment
In its first-ever virtual worldwide developers conference (WWDC) Apple has launched its latest IOS -14 models with a bunch of new features that make the iPhone across-the-board. The previous features are now easier for users with more advanced technology and a fresh outlook. The new advancements and hi-tech features allow the iPhone to be smarter, quicker, and more useful. 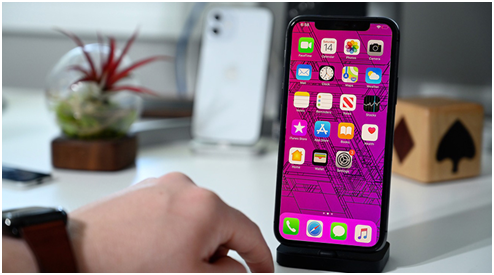 Ranging from a redesigned view of widgets, new app library view to the added feature of cycling direction on the map, new emoji style stickers that reflect different trends and styles, the latest IOS has a wide variety of features to experience. Let us delve into that one by one.

This newest version of OS promotes several new features that make the iPhone more personal and useful. Among the features, one of the most useful ones is the redesigning of widgets. With the new OS update, you can place the widgets on your home screen and also pin it in different sizes and arrangements as per your convenience. Another notable feature is its app library. The home screen of the iPhone has always been the same since the day it was launched first, in 2007. With the introduction of the new app library feature, the look and feel of the home screen are different now. Alongside this, this feature makes it easy for users to use and navigate the apps easily. It also has the added facility to categorize the apps as per their utility and highlight the most-used apps.

The upgraded map in IOS-14 is one of the most advanced features that help the users to discover and explore new places more easily. Now you can get cycling direction as well which will inform you about the busy lanes, steep paths, stairs, and other aspects of the road relevant to your travel. Apple map editors have joined hands with many trusted brands to offer guides for different places to the users. Through this feature, you can always have an idea about available hotels, restaurants, and other facilities during travel. Siri is a useful way to access information and get things done. The newest version of IOS owns an upgraded version of Siri with a brand new compact design.

There are multiple other additional features including the picture in picture mode, translation facility, new memoji stickers, and so on. However, with these new features and upgrades, this next generation IOS appears as the most promising and all-inclusive OS update Apple has launched till now.

Only registered users can write comments. Please, log in or register